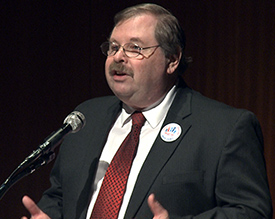 I was raised in Houston and came to Austin in 1976 to attend the University of Texas where I earned my degree in Business Communications. I served as a research assistant for Texas Attorney General Jim Mattox, Director for Travis County’s Sesquicentennial Committee and was appointed as the first Family Law unit director for Constable Precinct 5. I was elected as Constable in 1990 and served in that capacity until I was elected as Tax Assessor-Collector in 2012.

My passion has always been civic engagement in our political process — I’ve only missed voting in one election in 41 years — and I’ve been dedicated to ensuring county residents participate in the voting process by registering and exercising their right to vote. I first became involved with voter registration in 2000 when previous Tax Assessor-Collector Nelda Wells Spears asked me to train as a Volunteer Deputy Registrar. From that moment on, I knew I had a duty to encourage citizens to participate in their democracy.

I believe it is important to give back to the community where we live. I’ve served on numerous committees, many of them dedicated to stopping family violence and helping victims of domestic abuse, including leadership roles on the Austin/Travis County Family Violence Task Force, Community Action Network, Austin Travis County Veterans Intervention Task Force, Austin State Hospital Public Responsibility Committee, AISD Truancy Prevention Committee, Travis County Child support Review Committee, Vice President for the Texas Association of Counties and U. S. Census Complete Count Committee (2010 and 2020).

My civic and community service has been recognized by many — I was named Elected Official of the Year and given the Public Innovation Award from the Central Texas Society of Professional Administrators, recognized as the Constable of the Year by the Justices of the Peace and Constables Association of Texas, received the Best Practice Award for exceptional delivery of services by the Texas Association of Counties, named Person of the Year by the Women’s Advocacy Project and was honored with the Partnership Award from the Austin Mayor’s Committee for People with Disabilities. I am also proud that in 2017 my colleagues voted me Texas Tax Assessor-Collector of the Year.

I’m not always working. I am an avid Longhorns, Astros and Texans fan, a regular bowler and I dabble in carpentry projects. Lisa and I are also proud parents of our rescue dogs, Ozzie and Astro. 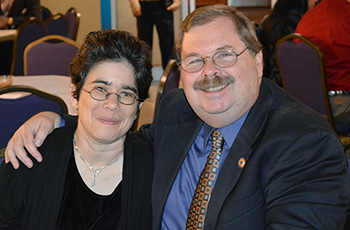